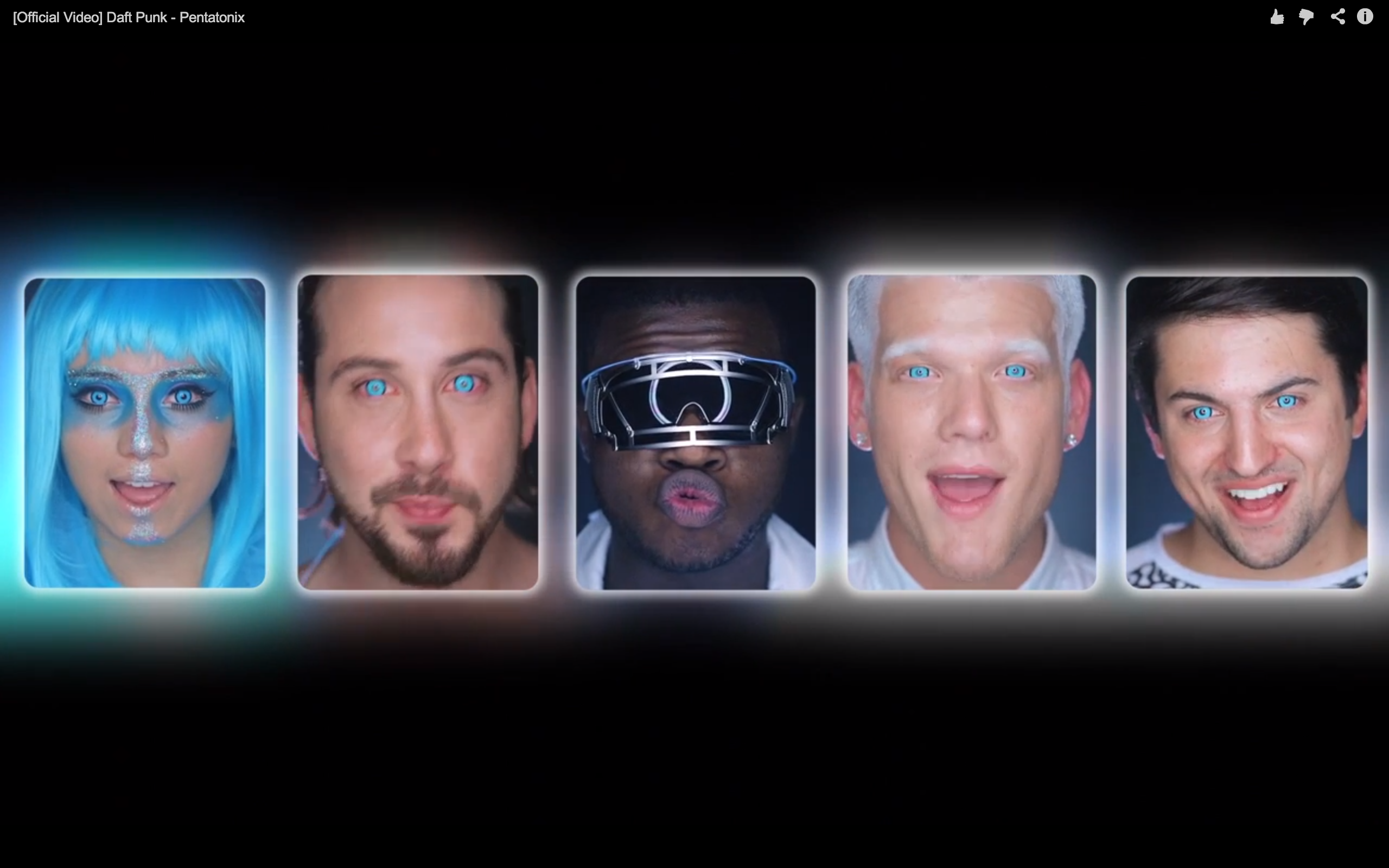 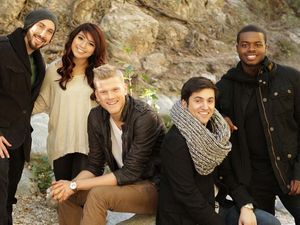 Pentatonix (or PTX) is an American a cappella group consisting of five vocalists originating from Arlington, Texas. The members in this group are Avi Kaplan, Scott Hoying, Kirstin Maldonado, Kevin Olusola, and Mitch Grassi. Their work, which is mostly in the pop style, consists of covers of existing songs, sometimes in the form of medleys, along with original material. Their music is defined by their own arrangement style, tight vocal harmonies, extensive vocal riffing, deep and steady vocal basslines, and a diverse range of vocal percussion and beatboxing. Pentatonix formed in 2011 and came to prominence the same year by winning the third season of The Sing-Off on NBC, their victory earning them $200,000 and a recording contract with Sony Music. After being dropped from the label (Epic Records) after The Sing-Off, the group formed their popular YouTube channel and distributed their music through Madison Gate Records, a small independent label owned by Sony Pictures that distributes movie soundtracks. The group also made effective use of social media to interact with their fan base. Having now eclipsed 9 million subscribers and more than 1 billion cumulative views, the PTXofficial YouTube page is currently the 13th-most subscribed-to music channel and the 44th-most subscribed channel overall. Pentatonix's most viewed music video is a tribute to Daft Punk that recently surpassed 150 million views.(Wikipedia)